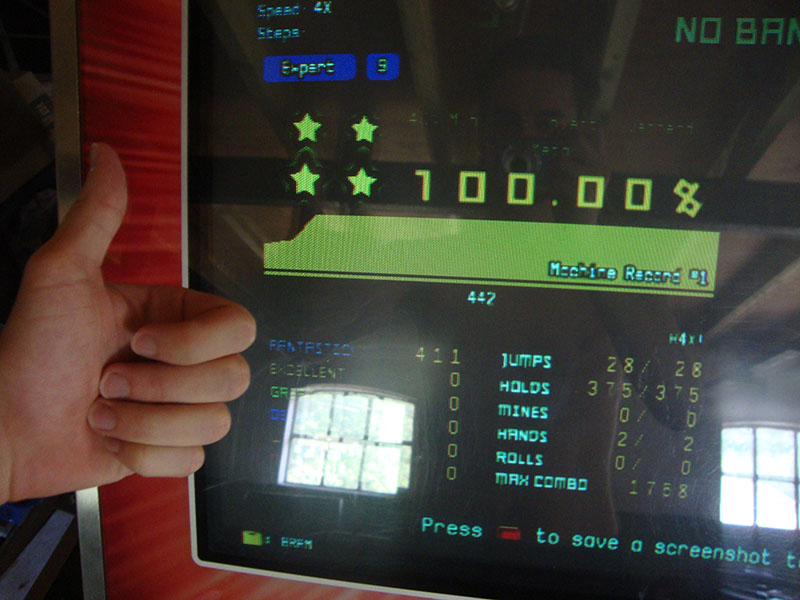 It was long overdue, but I finally managed to quad something decent. This is the first quad I ever achieved on the ITG cabinet

This also marks the end of the back-and-forth between Dirk (Ranfox) and me over the top score on Vinyl, so there's that as well

You cheated didn't you xD
0 x

That was Joey (Final)'s highscore I beat... I can't help but feel

now but on the other hand, it's all thanks to him I improved to the point of getting results like these.
0 x
Events I'm attending/planning involving dancing games, feel free to join!

Looks like your FA is getting pretty tight as well

Have you managed to get a triple A score on something yet (and if not, are you planning to soon)?
0 x

I must add that this was an exceptional result, I normally have about 20-10 great on charts of this difficulty. No PFCs as of yet, and I can't say I'm really trying to get it on any specific song. I'm just gonna carry on playing everything and hoping my first PFC will find its way to me along the road

MAX 300 SMMM Challenge, someone requested me to do this years ago but I was far from able to do it at the time. I decided to try it out for the heck of it now, haven't touched the song for years but managed to reel in the pass!


This was the highlight though, the famed PSMO.
0 x
Events I'm attending/planning involving dancing games, feel free to join!

Got a really nice pass today on Midnight Runner, from Pendulum Act 2: 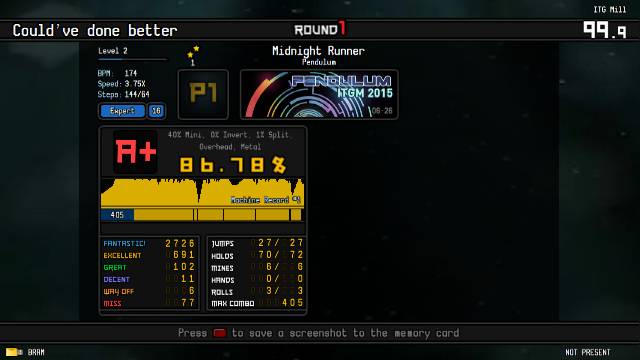 Even for a stamina 16, this song is no joke. The expert chart runs a stream of 16th notes at 174 BPM for a whopping 144 measures, which comes down to more than 3 minutes of pretty much continuous streaming, followed by a 45 second break. After that it's another one and a half minutes of stream until you're finally done. The song lasts over 6 and a half minutes, and has 3646 steps in total. I've passed another pendulum 16 before this one on the ITG cabinet (Slam from Pendulum Act 1) but it was nowhere near as hard as this one, so I'm really glad I managed to push through.
0 x

More improvement on my timing

This is a big step forward, my lowest great count so far This was also a sweet run Who knows, my first AAA might be around the corner ^^
0 x
Events I'm attending/planning involving dancing games, feel free to join!

Man i really need to get back to training, i was so close on my first quad (was training on sexy planet challenge)...
0 x 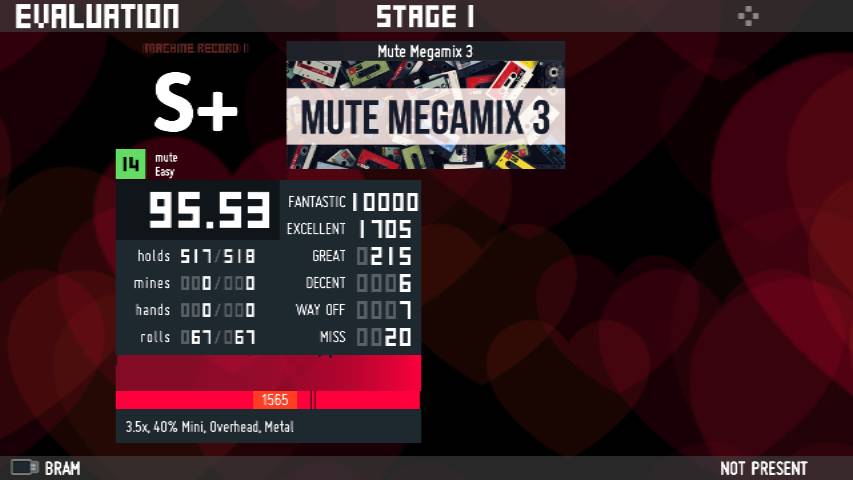 Got exactly 10.000 fantastics today on Mute Megamix 3, neat.
I will probably attempt the expert 16 at some point as well.
0 x
Post Reply Previous topicNext topic
45 posts