And that's not all, did this s*cker too. It's the least fun of the RLS imho, but it's over with. x3 Last attempt I played on socks, which ended up hurting my feet a lot... So decided to try with shoes on for a change. Really bad conclusion, as shoes felt like lead blocks in the end. Also they have LOTS of friction, so really had to lift the whole foot rather than sliding...

I was inspired to do another attempt at OceanLab expert as well. My previous cab record (88.xx) was obtained more than a year ago so the gains are pretty significant.

3 new ones, hard time on the mega mix because of the jacks. 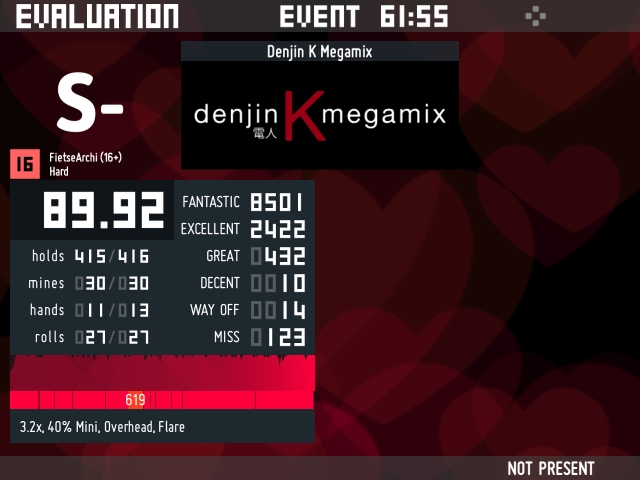 It's been a while, but I'm back with an improved score on a RLS classic:

K'pow. And such a great score too, 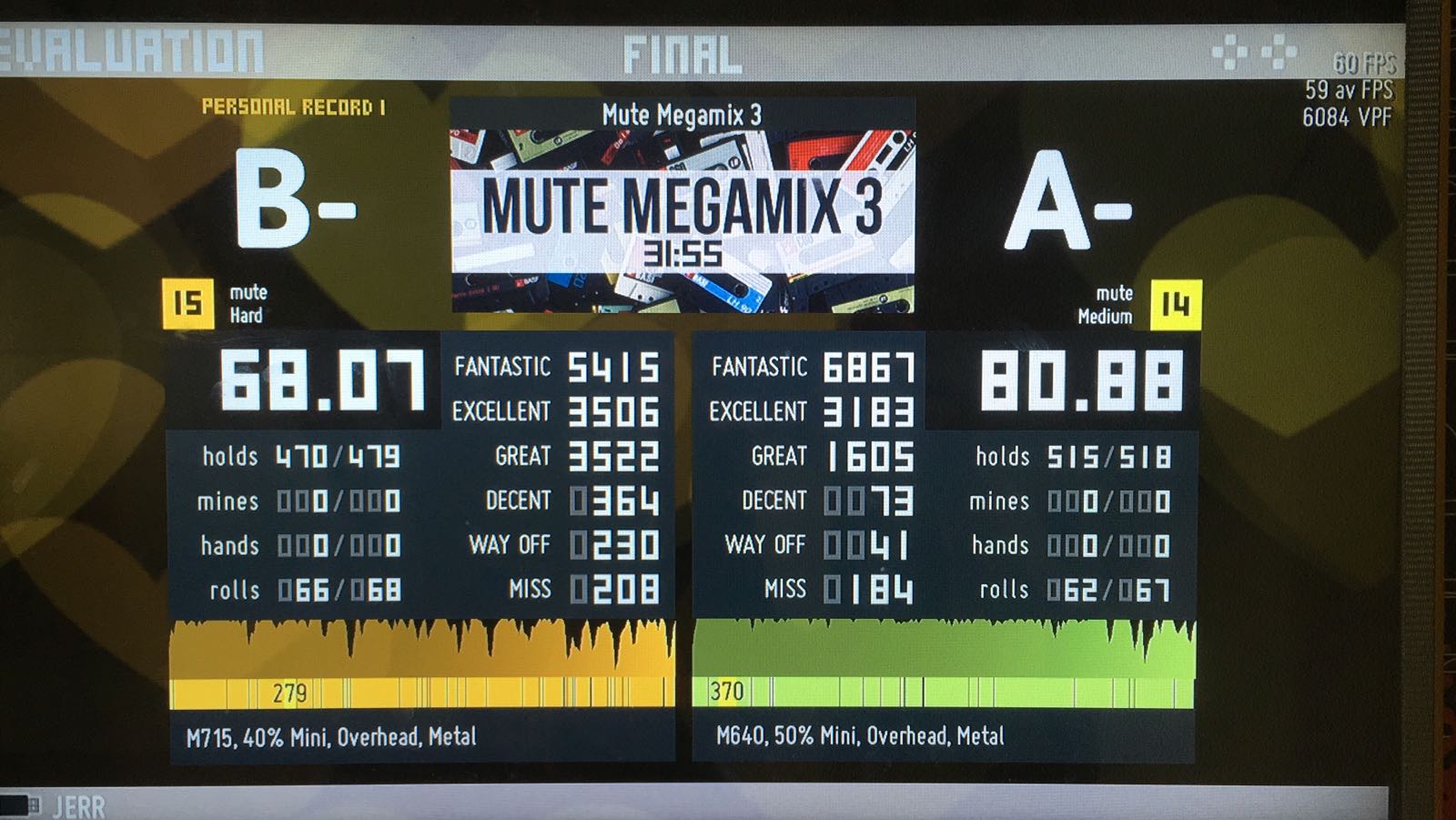 I've added the most recent scores, everything should be up to date now.
0 x

Fietsemaker wrote:I've added the most recent scores, everything should be up to date now.

It still shows MM14 instead of 15 for me though :0
0 x
Post Reply Previous topicNext topic
134 posts

Users browsing this forum: No registered users and 5 guests