The leaderboard has been updated once again.

kirituin wrote:FFS did i finally managed to pass mute megamix without almost passing out did i forgot to make a screenie......... BUT i was playing online at that moment so hope this screenie will do it

Nice to see more people back in the leaderboard game! I'll count the stepmania online scores this time, but yeah, I would of course prefer screenshots of the in-game results screen.

Jerros wrote:TBH this one felt more like a 12 rather than 11 wit all the 16th bursts, and I really had to tryhard when the life meter went low lol.

Badjas and I also played Lucky Star Douga recently, and she actually said the same thing. I'm not planning on updating any ratings since the pack is already released, but feel free to count this one as if it were a 12.
0 x 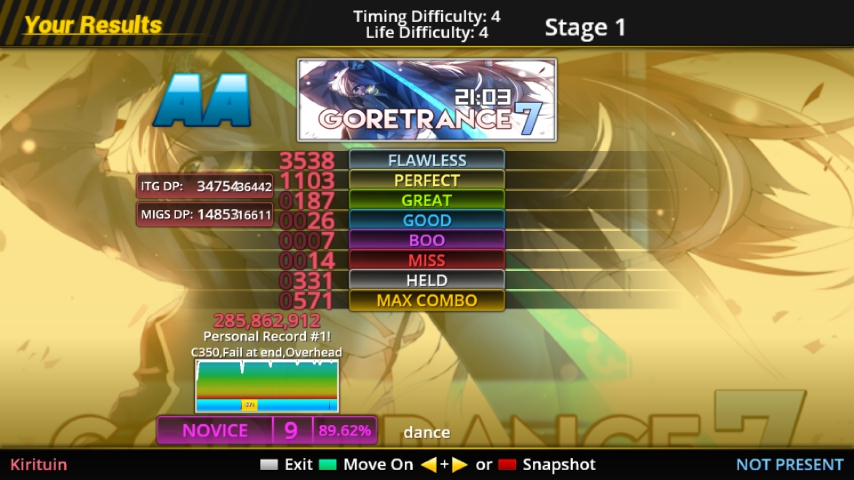 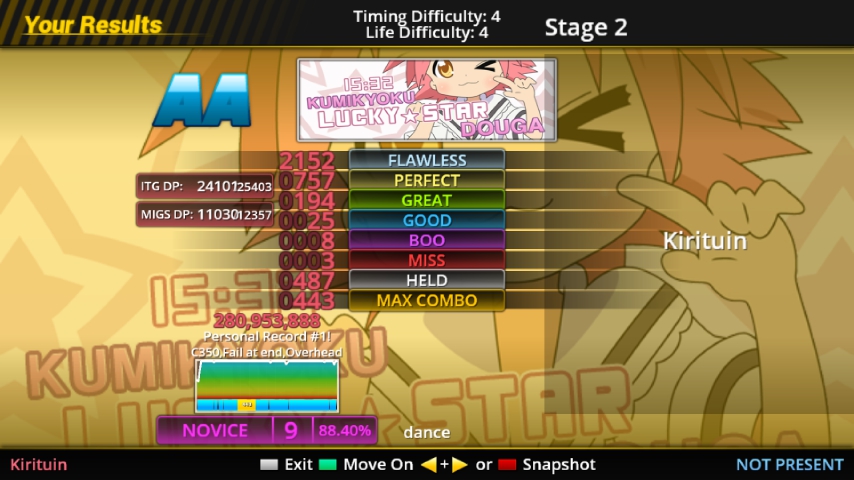 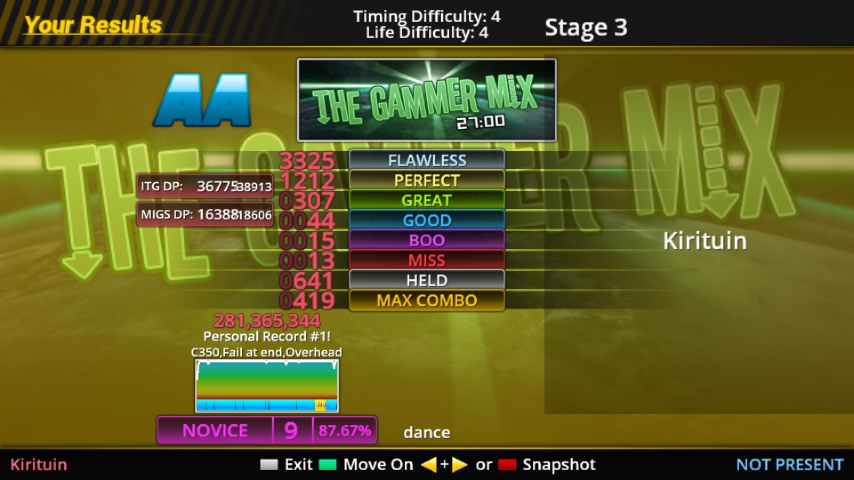 kinda walking into a difficulty wall as these are quite doable but i fail halfway like one difficulty higher meh
more practicing i guess.
btw is there a deadline to this leaderboard
0 x

You miiight wanna change your pictures lol; they're not working and I can't follow the link between the [img] commands either.

just curious to how you did.

Other than that; keep at it!

Not really. As long as people are still interested in playing really long stuff and posting scores, I'll continue to update the leaderboard.
0 x

*EDIT*
Cán see them on my laptop though.

Improvementssss (Left Jerros, Right Nanami - though Nanami failed unfortunately :' c ).
Was really well charted actually. :3 Like, not too difficult in the sense of many 16th shenanigans, just one [email protected]$$ long stream with barely any breaks. And even the breaks had 16th thingies and mostly jumps in 'em. Tiresome but really fun. ^^